Osteoporosis is a condition that weakens bones to the point where they break easily. Bone is living tissue. Around the age of thirty, bone mass stops increasing and the goal for bone health is to keep as much bone as possible. Osteoporosis comes from the Greek word osto=bone and poros=porous. Viewed under a microscope, healthy bone looks like a honeycomb. When osteoporosis occurs, the holes and spaces in the honeycomb are much larger than in healthy bone. Osteoporotic bones have lost density or mass and contain abnormal tissue structure. As bones become less dense, they weaken and are more likely to break.

Osteoporosis is sometimes called “the silent disease” because early in the disease there may be no symptoms. Many patients only begin to suspect something is wrong when dull bone or muscle pain develops in the low back or neck.
The risk of osteoporosis grows as you get older. At the time of menopause, women may lose bone quickly for several years. After that, the loss slows down but continues. In men, the loss of bone mass is slower. But, by age 65 or 70, men and women are losing bone at the same rate.
Osteoporosis can strike at any age but is most common along older people, especially women. White and Asian women are most likely to have osteoporosis. Other women at significant risk include those who:

• Have a family history of broken bones or osteoporosis
• Have broken a bone after age 50
• Had surgery to remove their ovaries before their periods stopped
• Had early menopause
• Have not gotten enough calcium and/or vitamin D throughout their lives
• Had extended bed rest or were physically inactive
• Smoke (smokers may absorb less calcium from their diets)
• Take certain medications, including medicines for arthritis and asthma and some cancer drugs
• Used certain medicines for a long time
• Have a small body frame

Osteoporosis is not just a woman’s disease. As they age, men lose bone density more slowly than women. But men need to be aware of osteoporosis. Many things that put men at risk are the same as those for women, including family history, insufficient calcium or vitamin D, and too little exercise. Low levels of testosterone, too much alcohol, taking certain drugs, and smoking are other risk factors.

Vitamin D is just as important as calcium for keeping bones strong and preventing the bone disease osteoporosis. Vitamin D helps your intestines absorb calcium from the food you eat. Your body needs vitamin D to absorb calcium. This makes getting enough of both vitamin D and calcium crucial to maintaining bone health and preventing osteoporosis. Getting enough of both nutrients is an important part of making sure your bones are dense and strong. Unlike calcium, which you only get through food, your body makes vitamin D when exposed to sunlight. The amount your skin makes depends on where you live, how light or dark your skin is, and the time of day you are outside. If you’re not getting enough by sunlight and food, you may need to take a supplement.
Sources of Vitamin D
• Sunlight
• Salmon. Wild salmon contains about 988 IU of vitamin D per serving, while farmed salmon contains 250 IU, on average.
• Herring and sardines. Herring contains 216 IU of vitamin D per 3.5-ounce (100-gram) serving. Pickled herring, sardines, and other fatty fish, such as halibut and mackerel, are also useful sources.
• Cod liver oil. It’s an excellent source of vitamin D. It has been used for many years to prevent and treat deficiency in children. But be cautious with cod liver oil, making sure to not take too much because it is also a reliable source of Vitamin A, which can be toxic in excessive amounts.
• Egg yolks. While most of the protein in an egg is found in the white, the fat, vitamins, and minerals are found mostly in the yolk. Vitamin D levels in egg yolk depend on sun exposure and the vitamin D content of the chicken feed. Eggs from hens raised outside or fed vitamin-D-enriched feed contain a much higher level.
• Mushrooms. Mushrooms can synthesize vitamin D2 when exposed to UV light. Only wild mushrooms or mushrooms treated with UV light are good sources of vitamin D.
• Fortified foods. Some food products that don’t naturally contain vitamin D are fortified with this nutrient. (Soy milk, orange juice, cereal, and oatmeal) 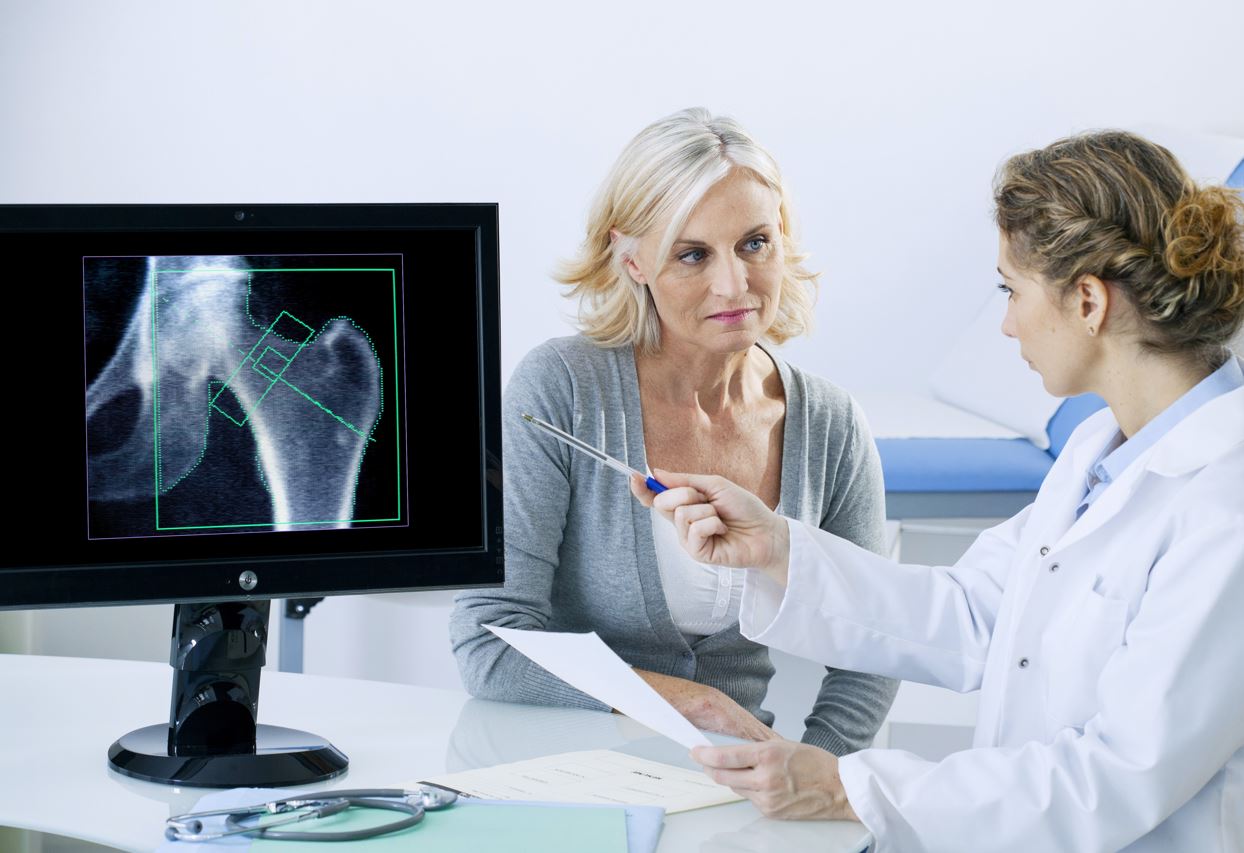 In the past decade, it has become evident that vitamin K has a significant role to play in human health that is beyond its well-established function in blood clotting. There is a consistent line of evidence in human epidemiologic and intervention studies that clearly demonstrates that vitamin K can improve bone health. Human intervention studies have demonstrated that vitamin K can not only increase bone mineral density in osteoporotic people but also actually reduce fracture rates. Vitamin K activates proteins involved in bone formation and mineralization (a process that makes bones strong).
Epidemiological studies and clinical trials consistently indicate that vitamin K has a positive effect on bone mineral density and decreases fracture risk. There is evidence in human intervention studies that vitamins K and D, classic in bone metabolism, work synergistically on bone density.

Vitamin K comes in two forms — K1 and K2. Vitamin K1 (phylloquinone) is found primarily in green, leafy, and cruciferous vegetables. Vitamin K2 (menaquinone) which is produced by bacteria, is further divided into subgroups named MK4 to MK13. These are found in some dairy products, pork, poultry, and fermented foods. Vitamin K2 may have more of a protective effect on bone than vitamin K1. However, deficiencies of both K1 and K2 appear to have a negative effect. High vitamin K intake can decrease the therapeutic effectiveness of anticoagulant therapy that’s why people under this kind of therapy should monitor their Vitamin K dosage.
Magnesium deficiency has also been implicated in osteoporosis. Magnesium is a mineral that plays a key role in maintaining healthy bones. It contributes to increased bone density and helps prevent the onset of osteoporosis. Most people do not get enough magnesium in their diets, especially if they eat large amounts of processed foods in which much of the magnesium is removed. Food sources that are high in magnesium include:
• Brown rice
• Buckwheat
• Corn
• Dandelion greens
• Dark green vegetables
• Legumes
• Nuts (almonds, cashews)
• Rye
• Seeds (sunflower, sesame, pumpkin)
• Wheat germ/bran
• Whole grain cereals

Pharmacros is an innovative group of companies. Our main goal is the production and distribution of well-being high-quality products with proven efficacy through clinical trials and continuous research.

Page load link
This site uses cookies. By accepting the cookies, you can take advantage of the optimal behavior of the site. Settings ACCEPT

Cookies are small text files that websites save to your browser. These files contain data about you and your online browsing activity. When you visit your favorite weather site, for instance, a cookie might remember that you searched for the temperatures in Chicago last week. When you log back on, the site will show "Chicago" as a recommended city for your next weather search.